I’d be very happy with turn time limits, while we are discussing ways to improve Vintage and magic in general. Watching someone combo for 10 minutes straight, while I just click “ok” over and over again is the dumbest, most boring part of the game.

On Magic Online you can just F6

My annual, mid-year take on what should change in every format I care about. Five suggested changes for Vintage:

Let me know your thoughts!

@protoaddict said in The best format in Vintage history ...:

@smmenen said in The best format in Vintage history ...:

Well, @Brass-Man did lay them out in the OP

@ace-hunter said in The best format in Vintage history ...:

Should Standstill be added as a "Notable Printing"?

The timeline has been updated FYI

A number of errors have been corrected and a lot of additional links have been added. I think that’s about it for now thank you so much for your interest in this!

I also updated some labels and a bunch of other tweaks.

You've been all over people (like me!) who mis-use the term "Power Level Errata" in the past. Now you're mis-using it? Shame on you, brah.

Power-level errata, as the School of Menedian taught me, means issuing errata to change card text for the express purpose of reducing its power level. Now, usually it's misapplied by people who apply it to a change that is justified by original intent or original function but has the practical effect of reducing power level.

It seems like you're doing the same thing, but abusing a different part of the definition. Wizards is not issuing errata for card text like they did in the Power Level Errata era. Instead, they're changing rules. This is something that happens all the time. Hell, remember the Mulligan rule changes? Remember that cluster? Damage on the stack? Lotus-freaking-Vale? Rules changes are not the same thing as card errata and you know this.

I think the calm version of what I'm trying to say is that it's alarming to me to see someone who has always been so calm and clinical about the application of errata policy essentially break out the pitchforks over this one.

I didn’t actually say anything. All I did was post to snarky photo to be funny.

In any case, I actually do think this qualifies as power level errata. The express purpose of this change is to power down the companion mechanic.

It’s true it’s just a rules change. But it’s not a rule change with an incidental byproduct. The effect is the purpose.

It’s true that makes it different from most cases of power level errata, but not all.

To get technical about it, power level errata is a change to functionality that differs from the original ruled and intended functionality for the express and primary purpose of lowering a cards power. But that can occur by changing a cards text or by changing the rules. In almost all instances in which rules have been changed it’s because there has been a systemwide change. In this case it’s a targeted change in the mechanic with very few cards printed so far.

@griselbrother said in The best format in Vintage history ...:

@evouga said in The best format in Vintage history ...:

@griselbrother Yep. And during a large part of that window, Git Probe and Gush were unrestricted too.

I had completely forgotten that it was unrestricted for so long. It should have been restricted within a month and then perhaps we could still have Gush among us. Mentor is such a disaster of a card, though I did actually enjoy Menendian's and Cron's Outcome Mentor deck that they brought to the Worlds one year.

That was the most insane deck I've ever played to go just 5-4 or whatever my final record was. 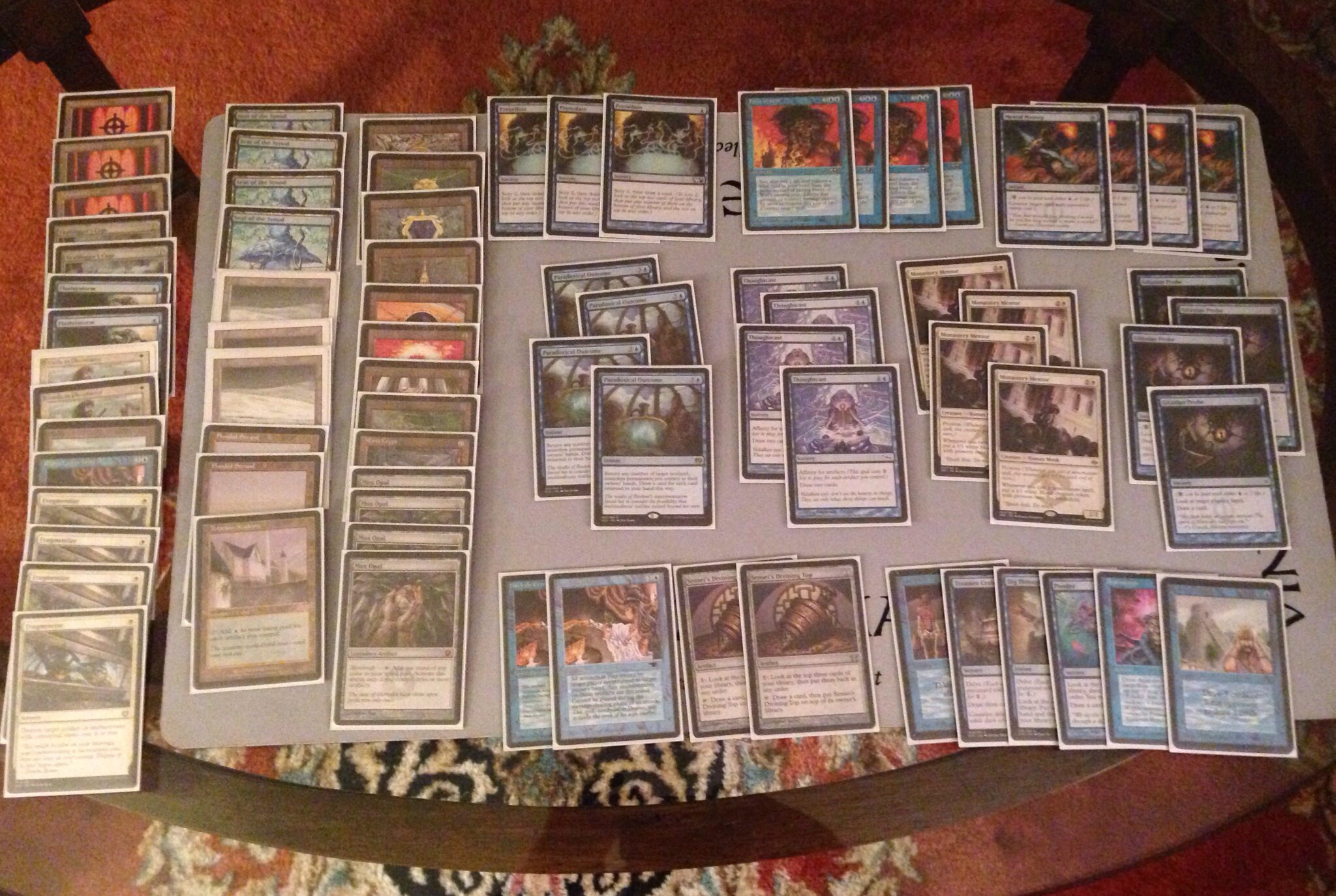 @desolutionist said in The best format in Vintage history ...:

Ok, so instead of polishing up my final essays for the last week of school, I’m writing about Vintage. I’m a horrible person. Here are my three favorite Vintage metagames: (Where I had the most success)

That's awesome Shawn. Thanks for sharing. I hope you got a nice little break from school with this trip down memory lane.

I think there are actually some errors with the timeline with regards to 66-67. Flash breaks out BEFORE Gifts Ungiven is restricted.

You are correct, but the timeline notes section (and explanatory notes a the bottom) explains this.

The notes section explains that Flash errata occurred on May 15th. (Flash is issued errata with the Oracle update for Future Sight (5/15/2007). )

Gifts was Restricted effective July 1st. So the "Flash Breaks Out" metagame from May 20-June 19th, is the metagame in which Flash was powered-up AND Gifts was unrestricted.

Sorry if the timeline is confusing on this. But when a restriction occurs, it is indicated in the notes section of the period preceding it, because it usually concludes and book-ends that period.

I hope that helps.